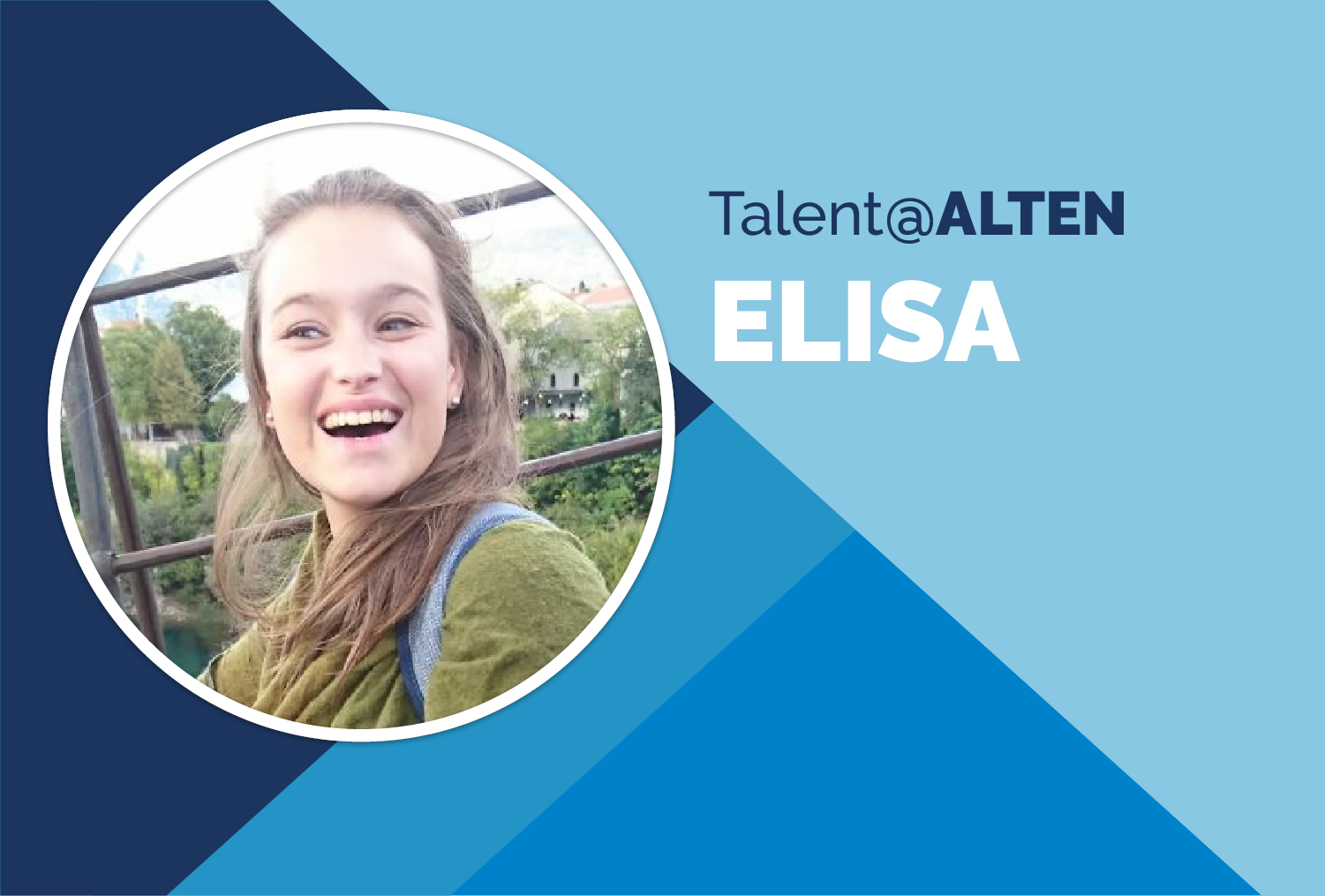 Elisa: Our recruiter on a pilgrimage 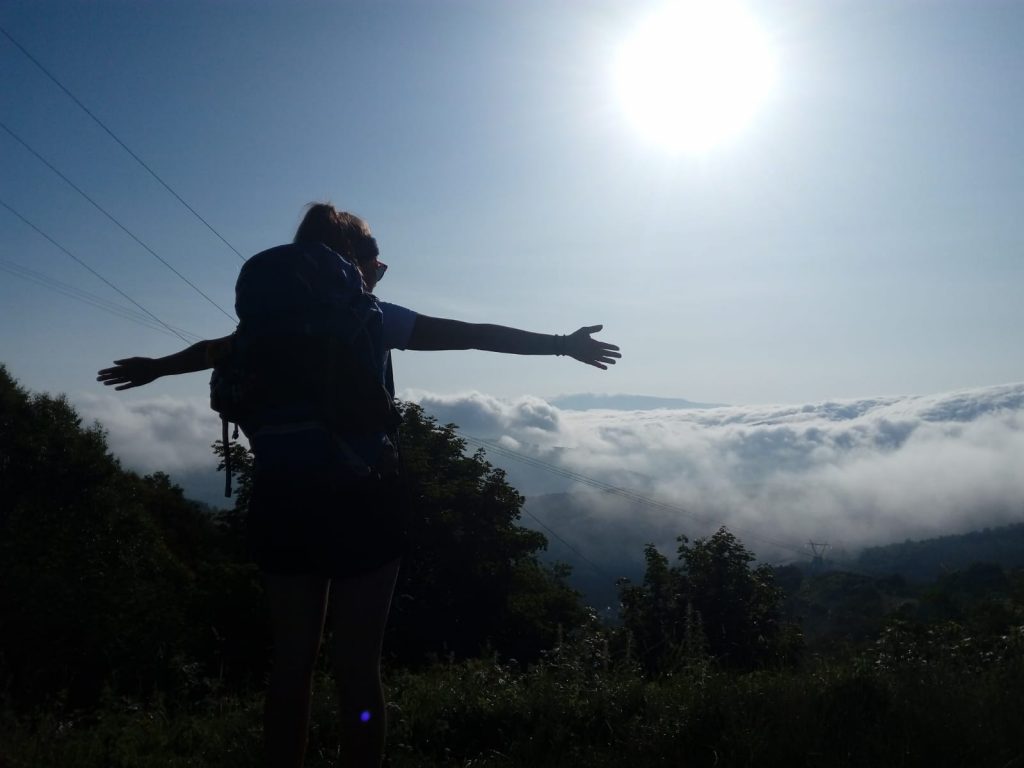 We are talking to Elisa, our sparkling colleague, of Italian origin, who has been working at ALTEN Belgium in the International Division as a Recruiter for internal and management positions since May 2018. She is fluent in Italian, of course, but also French and by now a little Dutch.

While most people prefer to minimize movement during their holidays, Elisa decided to go for a walk and go on a pilgrimage of over 300 kilometres.

“I wanted to do the Santiago de Compostella hike for a long time already and talked about it regularly with my friends in Italy and Brussels. It’s a good time to reflect on yourself and your future, especially during a transition, such as after completing your studies or moving to another job. June 2019 was the right time for me, because my friend had just finished her studies”.

The Camino de Santiago (the road of St. James) is a large network of ancient pilgrim routes that cross Europe and converge at the tomb of St. James (Santiago in Spanish) in Santiago de Compostella in north-western Spain. Elisa has chosen this hike because it is not very heavy physically and you can accomplish it with a normal condition. 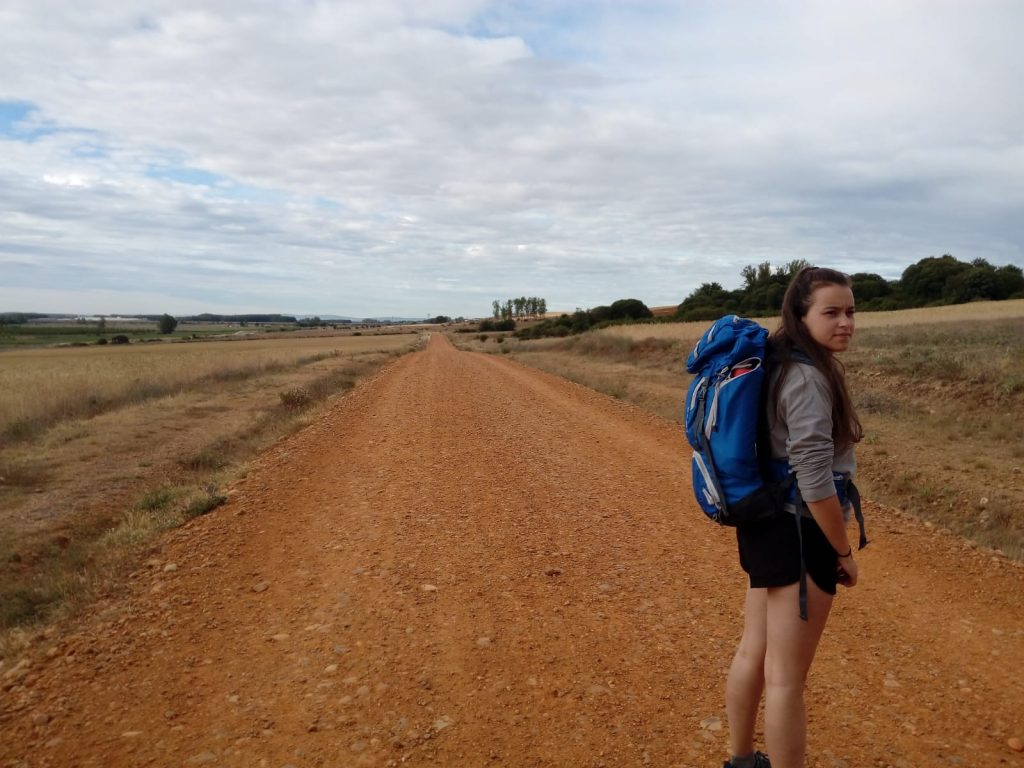 “Actually I wanted to do the trail on my own, but my family didn’t think this was a good idea. That’s why I finally did it with a friend and we followed the French trail, walking 320 kilometres in 12 days. Our journey started in León (Castile).

In June the temperatures are already quite high and it’s usually sunny, so we started walking around 6 in the morning, to arrive at our destination shortly after noon. That also gave us enough time to wash our clothes, relax, do games and spend pleasant evenings with other pilgrims. Unfortunately the weather wasn’t always good and we even had one whole day in the rain uphill. That was a difficult day. But it was mostly sunny and sometimes a bit cloudy. We really enjoyed the scenery, nature is beautiful.  Besides that it is very nice to see the different villages and to meet the locals. Some villages were so small that sometimes there were more pilgrims than the original inhabitants. They offered drinks and local specialties. It is also very nice to meet other pilgrims.

The two of us started the hike, but soon we met people, whom we met again in Santiago. That was a nice coincidence, especially since every day about 500 pilgrims arrive at their final destination. After a few days of walking together, we soon joined a group of other hikers and some of them became friends. I still have contact with them, they come from everywhere, from Spain, the United States, Belgium and more. 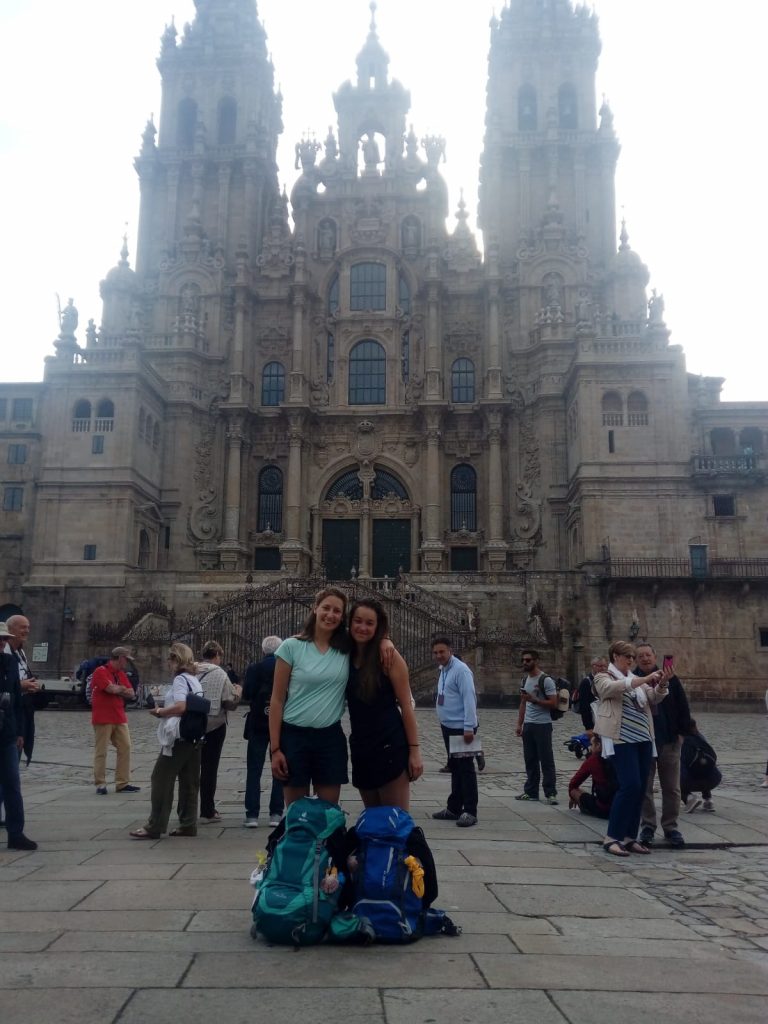 Tips I can give to future pilgrims: travel light, because you have to carry your backpack all day. My second tip is to go alone, as this will make it easier for you to get to know others. In addition, it’s good not to plan anything in advance, so you can stay longer in interesting places that you didn’t suspect in advance. You will then certainly discover places that are not in the guide’s books and are very nice to stay in.”

The trail itself features signs (yellow arrows), which she shows on her bracelet she is wearing. So it’s not difficult to walk the trail. On the starting day you’ll receive a ‘Compostella’ document on which you can collect stamps of the stops, so you know exactly how many kilometres you’ve covered. There is only 1 road so you can’t get lost. However, there are several routes that vary in length, with 766 km being the longest distance.

Elisa: “Walking the Santiago de Compostella was really refreshing for me. I had time to reflect on my life: where am I, where do I want to go? Just like in my job, to walk the trail you have to be open minded, set objects and be persevere. My next trail will be one in Italy, which is a bit shorter (from Bologna to Rome) or another Compostella, for example from Portugal. But this time I will do it on my own. My parents don’t know this yet…but it will be in couple of years. I look back at a great time, it was really fun!” 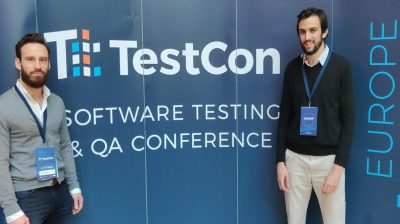 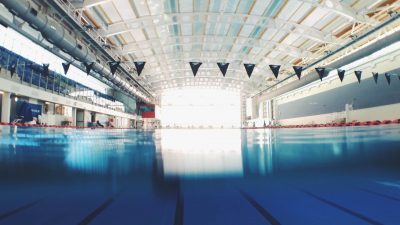 Talent at ALTEN: Guillaume at the Splash charity swim Who is Guillaume? Guillaume is a Project Management Officer at one of our biggest Life Sciences’ clients. He is French and works at ALTEN Belgium for more than 3 years.…